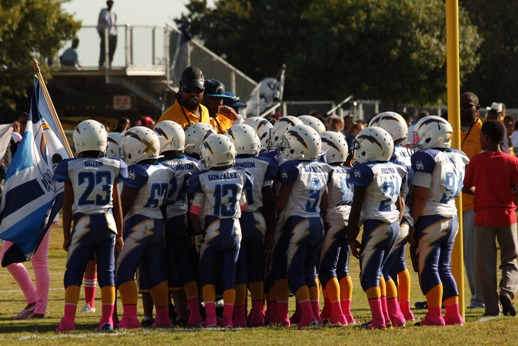 Immediately Report Concussion Symptoms: For The Good of The Team

“You are supposed to play through pain.”

“I can clear the cobwebs.”

“I just saw stars for a second. This happens all the time. It’s no big deal.”

“If I tell someone, then I will have to sit out.”

Let me just finish this quarter.”

“Let me just finish this game.”

“I just need to get one more yard, one more basket, score one more goal, and make one more play. Really I’m fine.”

The refrain is so familiar. I hear it all the time and, as an athlete myself, I remember it going through my own head.

Where did I learn this? From my coaches? Parents? The media? Or was it innate?

The minimizing of concussion and of injuries of any kind in sport has been around forever. That badge of honor to play injured is ingrained in us. But is it right? Is it a badge of honor to drive drunk? “I’m just a little bit buzzed. I’m really ok. I just need to drive one more mile, one more minute. Drop off one more friend.” Asking someone who is drunk if they feel ok to drive is not a good idea. Someone needs to take away their keys. Asking someone who is concussed if they are ok to play is not a good idea either. Someone needs to take away their helmet. People who are mentally impaired cannot make appropriate decisions about themselves. That ding you just got in making that tackle,  or that header or when you hit the ground … believe it or not, it made you mentally impaired.

Studies show that over 90% of concussions resolve very quickly and probably never even require a visit to the doctor’s office. Most concussed athletes can safely return to play in about a week. But there are some who have symptoms that last for weeks or even months. Why does this happen to some athletes and not others? Before I walk into a patient room for the first time, if the presenting complaint is ongoing concussion symptoms, I can always predict what the reason is. Either they have a risk factor in their history such as history of migraines, epilepsy, learning disability, Attention Deficit Disorder or previous concussion OR they played through their injury. Every concussion is different, but the moment an athlete tells me that they kept playing after the hit, or they didn’t tell anyone, or they finished the game, or they played two more games, etc, etc, I know the athlete is going to be in for a long recovery. These are the athletes who take weeks to months to recover.

The brain needs to heal from its injury. When treated appropriately, it has the ability to do this rather quickly. But it’s the times when it doesn’t get the chance that we run into problems. Continuing to play on a broken leg will slow down the healing process. So does continuing to play with a concussed brain. Every fall season my office is filled with these athletes who thought they were trying to help the team by continuing to play with a concussed brain. Not only do they not play well but the symptoms get worse and they eventually end up in my office. Now not only can they not perform due to the headache and dizziness and lack of focus, but now they also can’t even pay attention in school. So we sit them out of school and they miss practices and games and sometimes entire seasons and school semesters. Preventable? Absolutely. How? By changing the culture of resistance.

If you want to get back to playing as soon as possible, if you really want to do what is best for yourself and for your team, if you really want to recover as quickly as you can, then you need to give your brain IMMEDIATE rest and recovery. Your teammates and coaches should be disappointed in you for trying to hide your symptoms. They should not be proud that you tried to play through it. They should also be disappointed in themselves for not recognizing the signs earlier. You need to keep an eye on each other and report when you see a teammate acting abnormally, when something’s not right. Make a pledge at the beginning of the season that, for the good of the team, you will report your own and each other’s concussion concerns, that you will be vigilant about reporting, and will wear the reporting as a badge of honor. This is the culture that we need. This is what is best for the team and for each and every athlete that steps on the field. How do we create this culture? We educate on concussion. What is the biggest barrier to success? The phrase: “But this is how we have always done it in the past.”

Coaches, parents, players: You now have the ball. Run with it.