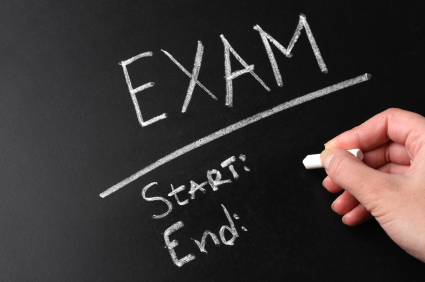 Return to Learn Just As Important As Return To Sports, Says AAP

Helping a student-athlete make a successful return to learning after a concussion is just as important as ensuring their safe return to sports, and requires a team approach involving parents, health care professionals, and schools, says the American Academy of Pediatrics in a 2013 clinical report. (1)

“Students appear physically normal after a concussion, so it may be difficult for teachers and administrators to understand the extent of the child’s injuries and recognize the potential need for academic adjustments,” said lead author, Mark Halstead, who had previously authored the AAP’s 2010 guidelines for pediatric concussions. (2)

The AAP report contains a host of specific recommendations for pediatricians, including that they:

The report provides helpful information on the potential implications in school for a student experiencing particular concussion symptoms and the kind of adjustments that may be required as a result:

The AAP recommends that pediatricians work collaboratively with a multi-disciplinary team consisting of the concussed student and their family, school and other medical personnel and individuals at the child’s school responsible for both the student’s academic schedule and physical activity, to ease the transition back to the school environment and facilitate recovery.

“We know that children who’ve had a concussion may have trouble learning new material and remembering what they’ve learned, and returning to academics may worsen concussion symptoms,” writes Halstead.

The report said it it was “unfortunate that [so] little attention has been given to academics and learning and how a concussion may affect the young student learner.”

“Every concussion is unique and symptoms will vary from student to student, so managing a student’s return to the classroom will require an individualized approach,” said Halstead. “The goal is to minimize disruptions to the student’s life and return the student to school as soon as possible, and as symptoms improve, to increase the student’s social, mental and physical activities.”

Research, the report says, has shown that a school-aged student usually recovers from a concussion within three weeks. If symptoms are severe, some students may need to stay home from school after a concussion. If symptoms or mild or tolerable, the parent may consider returning him or her to school, perhaps with some adjustments, says the AAP.

The AAP  calls for an “individualized approach for the student when a pediatrician is making recommendations for cognitive rest and the student’s RTL [return to learning] in the school setting.”

Noting the lack of research documenting the benefits or harm of cognitive rest in either prolonging concussion symptoms or the ultimate outcome for the student following a concussion, the report  says that determining the appropriate balance between how much cognitive exertion and rest is needed is the “hallmark of the management plan during cognitive recovery.”

Given the disruptive nature that concussion symptoms may pose for the student and his or her family, the report warns against imposing too many restrictions on cognitive and physical activity beyond the first several days after concussion, suggesting that they may not be needed and created the potential for “further emotional stress during the recovery.”

Students with severe or prolonged symptoms lasting more than 3 weeks (the point at which some experts classify a concussed student as having post-concussion syndrome) may require more formalized academic accommodations, the group says.

While laws may vary by state, writes Halstead and his colleagues, “it remains essential that all  [schools] recognize the importance of team management for a student after concussion and ensure that all students recovering from concussion have assigned staff who will be responsible for smooth re-entry to school.”

“The challenge of the multidisciplinary team is to balance the need for the student to be at school with the appropriate adjustments for the cognitive demands at school that have the potential for increasing symptoms.  To reach the right balance at home and school, the multidisciplinary teams should be well versed in their roles and responsibilities in concussion management and keep communication open among all parties regarding decisions to progress, regress, or hold steady during the RTL process,” says the report.

“Education regarding concussion generally, and the role of cognitive and physical rest and return to school, specifically, is essential for the teams of individuals helping a student with concussion during assessment, management, and recovery.  This education should extend to both school personnel (eg. administrators, athletic directors, teachers, guidance counselors, school psychologists, coaches, school physicians, school nurses, ATs) and individuals likely not employed by the school (eg. primary physicians, sports/team physicians, emergency department physicians, parents, and other caregivers),” says Halstead.

The challenge is that, even in states with legislation requiring concussion education and management, “nonathletic personnel in schools are often left out of concussion education efforts.”  Taking a comprehensive team approach, suggests the AAP, “may help reduce mistakes in management, which could potentially risk reinjury during the healing phase, lengthen recovery, or result in untoward long-term outcomes.”

While, for a time, many clinicians believed that strict cognitive and physical rest until symptoms cleared speeded recovery, the common sense approach to cognitive and physical rest taken by the AAP has, in the three years since the report’s publication, is beginning, despite limited research, to become the consensus view, with recent studies finding that there may be no advantage to strict rest beyond the first 1 to 2 days after injury (8) , and that re-engaging in moderate exercise as soon as possible after injury as long it does not exacerbate symptoms is not only unlikely to have a detrimental effect but may even be beneficial. (9)

In one 2015 study (10), for instance, researchers at the Medical College of Wisconsin reported that strict physical and cognitive rest in the five days immediately after concussion, in fact, did not help teens recover more quickly than taking it easy for one to two days after injury and then returning to school.

Indeed, the group advised to rest for five days actually reported more daily post-concussive symptoms during the first 10 days after their emergency department visit and slower resolution of symptoms than those who rested for 1 to 2 days and then returned to school.

The study was unable to explain the difference in symptom reporting, but noted that it was possible that the discharge instructions influenced the patient’s’ perception of illness, leading them to report more symptoms, and that the deleterious effects of strict rest they observed may have more to do with emotional distress caused by school activity and activity restriction, because missing social interactions and falling behind academically may cause concussed student-athletes to become depressed, increasing physical and emotional symptoms, just as the AAP predicted four years earlier in its 2010 clinical report on concussions, when it suggested that, “adding additional restrictions that may not be needed” had the “potential to create further emotional stress during the recovery.”

Most recently, a group of concussion experts, after meeting in October 2015 at a conference at the University of Pittsburgh Medical Center sponsored by the National Football League and closed to the press, that strict rest beyond the first few days after a concussion might actually delay recovery.

“Exercise is a way of treating this,” Dr. Javier Cardenas, a neurologist at the Barrow Concussion and Brain Injury Center in Arizona, told the Pittsburgh Post-Gazette. “Many times, we see patients who are completely restricted from any physical activity. As one of the major sources of this injury is sports and athletics, for those who are involved in athletics, this is actually a punishment. They become depressed. They become anxious. So allowing them to participate in physical activity – while keeping them out of harms’ way, of course – is actually a rehabilitation method.”

Another concussion expert who believes that complete cognitive rest may be over-prescribed is Elizabeth M. Pieroth, Pys. D., a clinical neuropsychologist with North Shore Medical Group in Chicago and a consultant to a number of Chicago professional sports teams, including the Bears, and an unpaid consultant to the National Football League.

Like Dr. Cardenas, Dr. Pieroth saw many of the same downsides to keeping concussed athletes out of school for more than a few days after injury, including social isolation, depression, and an unhealthy focus on symptoms instead of recovery. Reviewing the results of the pediatric studies demonstrating an association with rest and outcome after concussion, the studies, taken together, showed that the “current usual care endorsing modest physical and cognitive rest after injury is an effective strategy for recovery.”

Thus, even with limited research, clinicians are starting to see, as with physical rest, evidence that a more moderate approach [to cognitive rest] is probably ideal for recovery. (11)

1. Halstead ME, et al. Council on Sports Medicine and Fitness; Council on School Health: Returning to learning following a concussion.Pediatrics 2013;132(5):949-957