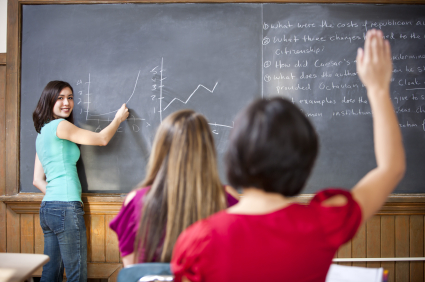 All fifty states have passed laws since 2009 intended, in part, to assure a safe return to sports after concussion (“return-to-play” or RTP), but just eight regulate the process of reintegrating concussed student-athletes into school and educational activities after injury, reports a new study in the journal Pediatrics. (1)

In a first-of-its-kind study, researchers in Washington State found that many of the eight (MA, IL, MD, VA, ME, NE, NY, and VT) are missing key elements, including robust protocol standards, required return-to-learn (RTL) education for school personnel, and a designated RTL coordinator:

Specifically, they found that :

“Our review of state RTL laws indicates that legislation has not been widely used to improve systems of support for injured children returning to school,” said lead author Leah Thompson, a researcher at Seattle Children’s Institute, and that “political and legal momentum around the issue of RTP has not been fully leveraged” in the area of RTL.

Of the existing 8 laws, she said, “many are missing key elements, including robust protocol standards, required RTL education for school personnel and a designated RTL coordinator.”  That only one state requires that schools use an evidence-based policy to manage RTL, Thompson noted, heightens the risk that “well-intentioned policies will not provide optimal structure to injured students.”

Given that only a small proportion of all youth concussions occur in school sports, she also feared that the “restricted and ambiguous scope of many of the RTL laws may deprive students with concussions of necessary resources.”

Acknowledging that three states (Oregon, Pennsylvania, and Colorado) had strong well-funded RTL programs in place without relying on RTL laws, Thompson and her co-authors nevertheless saw a role for state law in insuring that states have appropriate evidence-based programs in place and that there is responsibility and accountability for these programs.  “The route to this,” Thompson said, “may be passage of new laws or modification of existing concussion laws in all states.”

While the concept of providing academic support to student-athletes recovering from a concussion is relatively recent (3), it is now considered an important element of concussion management.

Widespread implementation of RTL protocols by schools, however, has yet to occur, with a recent survey of school principals finding written concussion plans addressing academic adjustments and accommodations present in less than 25% of high schools. (4)  More than one-fifth of schools lack a designated RTL coordinator, and the coordination among educators after injury of the kind recommended by the American Academy of Pediatrics in its 2013 clinical statement on return-to-learn (5) is reported to be absent nearly 80% of the time. (4,6,7) As the new Pediatrics study notes, the absence of such protocols and RTL coordinators, when coupled with insufficient education of community health care providers and school personnel, “diffuses responsibility and fragments care.” (4,6,7)

Is more RTL legislation, however, the answer?   An editorial accompanying the new RTL study in Pediatrics (8) says no. It argues for a different approach to RTL, seeing the expansion of concussion laws to include return-to-learn as “potentially an unnecessary exercise.”

Instead, the focus, say Mark Halstead, an orthopedic surgeon at Washington University in St. Louis, and his colleagues, Karen McAvoy, a neuropsychologist at the Center for Concussion at Rocky Mountain Children’s Hospital in Denver, and Brenda Eagan Brown, a Pennsylvania-based traumatic brain injury consultant and expert on return to learn, should be on training teachers and other school personnel about RTL and encouraging better communication between pediatricians and schools, pediatricians and students, and students and teachers, about RTL-related issues.

For evidence, the authors point to Colorado and Pennsylvania which, as a result of a unique collaboration between their state Departments of Education and Departments of Health or Human Services, have successfully implemented such training programs.   “Guidance from state departments of education to develop authentic training opportunities for educators, and assistance in creating policies and procedures to pair with existing state-legislated return to play policies,” they argue, “may be a more effective intercession than legislating RTL.”

An additional focus of training should be on the important role pediatricians play in RTL, argues Halstead.  While they receive limited to no training in medical school and residency on the inner workings of schools, pediatricians routinely deal with conditions such as attention deficit disorder, learning disabilities, autism, and diabetes, as well as concussions, with significant implications in the school setting.  If they better understood school culture, Halstead and his colleagues argue, they would be in a better position to encourage schools to more quickly and fluidly implement individually-tailored academic supports for students when they return to school after concussion.

Because a concussion is not an outwardly visible injury, ongoing communication between student and teacher is also essential in RTL, they say, because without such communication, students may struggle and teachers may not be aware until academic performance begins to suffer.

In Pennsylvania, the number of schools accessing a free online RTL team training and toolkit has swelled over the past four years to 1,300, “with more schools signing up every single day,” says Eagan Brown.  “I definitely see a paradigm shift” in the way schools are approaching RTL.

The key, she says, is that, when student-athletes are ready to return to school after concussion (which, in most cases, is now as short a period as two to three days post-injury), “the school is ready to implement short-term adjustments.” In her experience, once school personnel are taught on how to manage concussions consistently, and both academic monitors (i.e. school psychologists) and symptom monitors (i.e. school nurses) are in place, says Eagan Brown, an RTL program essentially “runs itself.”

“The last thing schools need are more laws. Instead of laws, they need funding to provide concussion professional development. Schools know how to support struggling students. What they may not understand are concussion nuances as they relate to a recovering student. It’s a paradigm shift,” said Eagan Brown.

Neal McGrath, a sports concussion neuropsychologist at Sports Concussion New England in Brookline, Massachusetts who was not involved in the Pediatrics study, sees having some return-to-learn language in all state concussion safety laws as “a good starting point,” because it can “put in proper perspective the fact that return-to-learn knowledge and practices are crucial and should receive even greater priority than return-to-play, though both can and should be addressed routinely and effectively for student athletes.”

McGrath, whose 2010 article in Pediatrics was the first to suggest providing academic support for student-athletes recovering from concussion (3), sees some advantage to having states grapple separately with RTP and RTL issues, as it “allows for local innovation and perhaps a better appreciation of the range of possibilities in addressing the various challenges of concussion safety.”

Having said that, he believed that including some basic features of return-to-learn practices in all state laws “may be helpful in bringing more uniformity to what parents and students can expect during recovery.”

In McGrath’s view, the most important elements of a RTL law would include faculty education, implementation of reasonable concussion-related accommodations, designation of a single school staff person as a monitor/coordinator for each recovering student (a school nurse or guidance counselor is most often effective in this role), and the importance of completing return-to-learn before return to play.”

“As Halstead and his colleagues point out very aptly, however, the realities of implementing return-to-learn often involve a fast-moving and thankfully short process that relies more on the accrued expertise of school nurses, guidance counselors, and teachers than on the development of a formal written plan that, for most students, may no longer be needed by the time it can be written. And for those unfortunate students who are much slower to recover, existing 504 plan legislation, bolstered by the recognition that concussion recovery is clearly is a temporary ‘disability’ that falls under 504 guidelines, should provide a familiar and sufficient framework for schools to implement the supports that are needed.”

Overall, McGrath thinks there “is a place for some expansion and uniformity in including return-to-learn components in concussion safety legislation in all 50 states but we should be cautious to avoid the trap of trying to over-legislate what is typically a very individualized and fast-moving process that is realistically implemented differently in various school settings, given the staff and resources involved, varying levels of concussion management expertise on the part of the student’s physicians, and the particulars of the student and his or her background and injury.”

“My hope is that with a movement toward minimal but essential mandated national standards, ongoing education of school staff, and use of existing 504 plan/IEP practices, we will continue toward better return-to-learn for students everywhere,” McGrath concluded.

What can parents do to help their child in making a successful return to school after concussion?  Here are some of Eagan Brown’s suggestions: