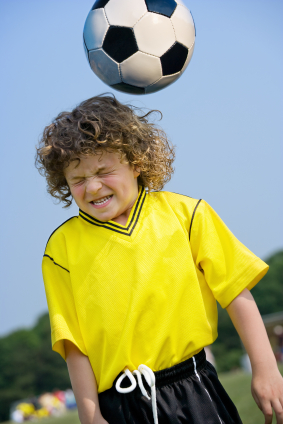 In November 2015, a group of national and state youth soccer organizations announced a series of steps designed to make the game safer. Included were a ban on heading in soccer age 10 and below, limits on heading in practice for those ages 11 to 13 years, and new substitution rules to allow for evaluation of players suspected of having suffered a concussion without such substitution being counted against the team’s total number of allowed substitutions. The organizations recommended to other youth soccer organizations not under their control that they adopt such ban, practice limitations, and substitution rules.

The new rules and recommendations regarding heading have generated significant controversy, with some criticizing the rules as going too far and some as not going far enough.

Silent up to now, however, has been one leading expert on heading in youth soccer: Dr. Frank Webbe, a professor of psychology at Florida Institute of Technology, and the author of a number of important studies on the subject.

We asked Dr. Webbe – who is on record as favoring a ban on heading in soccer below age 14 –  what he thought of the new rules, and, not surprisingly, he was supportive, despite the lack of empirical evidence to show that they would be effective in reducing the number of concussions or mitigating the long-term effect of heading.

With the caveat that he may well have missed a newer paper in the exploding literature on soccer heading, concussions, CTE, and the like – as he said, “There truly are more papers appearing than I can keep up with, including in some fairly obscure periodicals” – here’s what Dr. Webbe said in an email responding to questions from MomsTEAM:

MomsTEAM: What is the basis in the peer-reviewed literature to support ban on heading at U11 and younger? Do you support such a ban? Is it premature in absence of basis in evidence?

Dr. Webbe: I am not aware of any empirical data that would support this ban for U11. There are only a couple of studies that have looked at the epidemiology of heading in these age groups, and thankfully, these studies have suggested that heading is not a very frequent activity for most children, especially in recreational leagues. The only studies that could support such a ban would entail comparison of equivalent groups that did and did not head. It is unlikely that true randomized controlled trials (RCTs) will be performed, since they would entail random selection of children into heading groups. My guess is that Institutional Review Boards (IRBs) would look askance at such a method given the extant safety concerns. So, actually completing an RCT study might well be off the table, leaving equivalent comparison group methodology as the best available.

I do support a rules change in youth soccer that would prohibit heading in in children under 14. My rationale is both theoretical and practical.

(a) We have ample knowledge of the uneven musculoskeletal development of children.

(b) Many children under the age of 14 (and some reasonable number over 14) have poorly developed underlying muscle and connective tissue needed to support the head and resist (at least partially) the forces attendant upon heading a strongly kicked ball. Since child sizes are so widely different in these age groups, a very large and strong child might kick a ball that a small, poorly developed child would attempt to head,

(c) Most concussions occur not from contact with the ball but from player-to-player contact while making attempts at heading. Reducing the frequency of these collisions by banning heading is likely to reduce concussions and other injuries significantly.

(d) There is growing support in multiple studies that repetitive subconcussive blows may be problematic for increasing concussion symptoms, and possibly long-term neurological impairment. From a safety perspective, it makes sense to ban – at least temporarily – a practice that is being investigated with good reason as detrimental to short and long-term healthy brain function.

(e) Trying to coach a team where some children must not head because of clear physical development issues versus others who are development appropriate, would be nearly untenable. A full prohibition makes the most practical sense.

(f) The issue of technical training in heading given by a competent, certified coach could be controlled by the regulatory bodies. Whenever heading is introduced to players, such training should be mandatory, although I know of no empirical data that confirms such training has any protective effect.

MomsTEAM: What is the basis in the peer-reviewed literature to support limit on heading at U12 and U13 level to 30 minutes per week with no more than 15-20 headers per player, per week?

Dr. Webbe: I don’t think that there is any empirical support for limiting heading in practice and having no restriction in games. Since data from youth soccer is mostly lacking, we can look to high school and collegiate soccer for guidance. Most reported concussions in those leagues occur during competition as opposed to practice. This is considerably different from football. Reducing heading opportunities in practice may be important with respect to potential problems that develop from repetitive subconcussive blows, but would not be likely to impact greatly concussion incidence. That still is a game-related phenomenon.

MomsTEAM: Do you find the lack of any mention of neck strengthening in the new guidelines surprising?

Dr. Webbe: I find it surprising that little mention of neck strength or neck strengthening in this document. From the theoretical perspective that gravitates to best practices, weakness in the muscles supporting the head is a primary argument against youth heading. I am no expert in muscular development in youth but I gather that the ability to strengthen the muscles is somewhat related to level of sexual development. Clearly, children reach a point where the supporting musculature can be strengthened. This phenomenon also is the basis for the difference between males and females. However, a 2014 study clearly showed that bigger and stronger neck muscles of football players were not particularly protective against head impact severity.  Moreover, although it seems almost de rigueur for apologists for soccer heading to comment that heading is much safer when proper technique is employed, I know of no empirical data that support the contention.

MomsTEAM: Did you find the lack of any mention of strict enforcement of rules (such as flying elbows, undercutting etc.) as surprising?

Dr. Webbe: I found the failure to comment on rules enforcement to be a stunning omission. As a former referee, I know firsthand that enforcement of existing rules sets the tone for style of play on the field. In my opinion, soccer lags far behind football in legislating rules to make play safer (regarding concussions) and in enforcing rules. This issue is fully under the control of the organizing structures, and they are failing when it comes to protecting players.

MomsTEAM: Do you support the new concussion medical substitution rules?

Dr. Webbe: I do. By removing the “penalty” for medical substitution, the likelihood of players/coaches/medical personnel being accepting of the evaluation greatly increases. I do think that the evaluation needs to be conducted in the locker room away from the sideline for the results to be reasonably valid.

MomsTEAM:  Is the suggested use of SCAT3 and the modified BESS by a health care practitioner in making sideline evaluations supported by peer-reviewed research?

Dr. Webbe: Both tests have been used on the sideline with equivocal results. Just in general the sideline of a sport contest is a mixed-up, stimulus-intense environment. Any normal non-concussed person is likely to have a reduced score on the SCAT3 or BESS in that environment. This is why the Maddocks scale, as simplistic as it is, actually is not bad for detecting subpar mental status on the sideline. I am not suggesting it is super-sensitive, but it would give far fewer false positives than the SCAT3 or full BESS. Most concussion experts likely would agree that if the sports medicine person on the sideline feels that a player needs to be evaluated for concussion, it is best to go into a locker room or other more protected environment for the evaluation.

MomsTEAM: In light of research on King-Devick, do you find absence of inclusion as a sideline evaluation tool surprising?

Dr. Webbe: I am not sure if the lack of mention of the King-Devick Test is surprising. Most of the research on it has been by the developers or those involved with its sale and marketing. There has been precious little evaluation of this test regarding who administers the test, reliability, and validity. There is a great deal of effort being put forth by the owners/patent holders/royalty beneficiaries to market and sell it at grossly inflated prices. This test failed in its original incarnation as a test for LD. It may well have a place as one part of a comprehensive battery, but not as a stand-alone test.