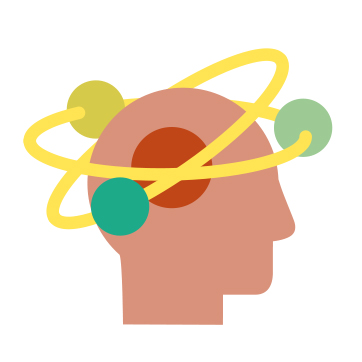 According to the most recent (but soon to be updated) international consensus of concussion experts [1], concussion signs (those noticed by coaches, parents and teammates) and symptoms (feelings or problems experienced by the athlete) fall into five “clusters”:

A concussion should be suspected on the sports sideline, and the athlete immediately removed from play and not permitted to return the same day, if any of the following signs are observed after a direct or indirect blow to the head:

Indeed, even if a healthcare provider is available to perform a neurocognitive and balance assessment using a “remove from play” screening tool designed for use by healthcare professionals, such as the Standardized Assessment of Concussion or SCAT3, [3] the most recent international consensus of concussion experts, [1] and the SCAT3 itself, recommend that a player displaying any of these obvious potential signs of concussion should be (1) removed from play, (2) not allowed to return to sport the same day under any circumstances, and (3) referred to a physician for a formal concussion evaluation.  Note also that the final decision regarding concussion diagnosis and/or fitness to play is always a medical decision based on clinical judgment. [1]

While there are a number of symptom scales currently in use, including the Post-Concussion Symptom Inventory (a version of which can be used for children as young as 5 and which includes a parent version[19] the three main symptom scales in most widespread use are

In using the PCSS, the athlete is asked to rate or score the severity of the symptom on a 7-point (Lykert) scale:

5 =  intense and disruptive, and

The PCSS has gained widespread recognition in concussion evaluation. A modified PCSS is used for self-assessment by the athlete on the Sport Concussion Assessment Tool 3 (SCAT3)  [3] and in some computerized neurocognitive tests used by health care professionals in managing concussions, and is an important tool used by clinicians in assessing an athlete’s readiness for return-to-play.

Athletes with pre-injury depression, sleep disturbances, and/or attention-deficit/hyperactivity disorder should not be expected to have a total score of 0 on the PCS scale before they are medically cleared for a return to play because of their elevated baselines.

In addition, because the PCSS contains 22 symptoms that are not specific to concussion and overlap with other disorders (e.g. sleep disturbances, depression, attention deficit disorder), some non-injured athletes may report symptoms. [16]  In fact, between 50 and 84% of high school athletes report similar symptoms of concussion at baseline. [16] One 2005 study [6] found, for instance, that the mean symptom score for non-injured high school males was 5.8, despite the fact that such athletes had never suffered a concussion. As a result, the generally accepted threshold for return to play is 7. [6,7]

As a result, some have criticized use of symptom scales as attributing to concussion nonspecific symptoms and diagnosing individuals with whiplash, affective disorders (e.g. depression), or inner ear problems (vertigo, dizziness) as having a brain injury, and have called for concussion management guidelines to consider non-brain based conditions that might better account for the patient’s symptoms.[20]

In patients with pre-existing mental health disorders, concussion may make symptoms such as depression, anxiety or attention-deficit disorder worse and make them more difficult to control.

Whatever the symptom scale, it should be used not only for the initial evaluation but for each subsequent follow-up assessment until all signs and symptoms have cleared both at rest and with physical exertion.  Symptom checklist scores and the ability of the scales to detect concussion, however, typically diminish with the passage of time due to the natural course of recovery from mild traumatic brain injury (mTBI). [2]

Difficult to spot or diagnose

The process of determining whether an athlete has suffered a concussion or mTBI (note that the use of the terms interchangeably with concussion has generated controversy, because while all concussions are mTBIs, not all mTBIs are concussions; concussions are a subset of mTBIs, on th less-severe end of the brain injury spectrum) [16] is complicated by a number of factors:

Some studies suggest that symptoms also can vary by gender.

A 2011 study in the Journal of Athletic Training, for instance, found that female high school athletes were more likely than males to report drowsiness and sensitivity to noise which, “[w]ithout adequate symptom assessment … may be more easily missed or attributed to other conditions, such as stress, depression or anxiety.” [10]  As a result, the study says such symptoms reported by females should be considered signs of concussion until they can be more definitively attributed to pre-existing neuropsychological conditions and concussion ruled out.

But a recent position statement [16] states that “[t]here have been no consistently demonstrated differences in the symptoms reported between male and female athletes.” (citing studies, including n.10 below).

While one recent study found that LOC occurs in fewer than 5% of concussions at the high school level (less than half the 10-11% rate found in earlier studies), [11] LOC, especially for a minute or more, is still considered an important potential sign of a more serious concussion, [1,16] and a head injury that may require further imaging and intervention. [16,18]

No same day return to play

The  most recent international conference of concussion experts [1] unanimously agreed that no RTP [return to play] on the day of suspected concussive injury should occur for high school and college athletes, especially as studies show that college and high school athletes allowed to return to play on the same day may demonstrate neuropsychological deficits that may not be evident during an initial sideline evaluation and are more likely than adult athletes to have delayed onset of symptoms. [1](citing studies @ notes 59-65)

As a result, the Zurich Consensus Statement emphasizes the importance of treating athletes under 18-years-old more conservatively(such as by extending the amount of time of asymptomatic rest and/or the length of time for completing the symptom-limited, exercise program it recommends before return to play), even if the resources (e.g. the presence of team physicians or athletic trainers experienced in concussion management, access to neuropsychologists, consultants, neuroimaging etc.) are the same as for an older, professional athlete.

The Zurich Consensus Statement recommendations are embodied in the laws of all 50 states, which require immediate removal of an athlete from a game or practice if a concussion is suspected, ban same day return to play, and require written clearance from a concussion specialist before an athlete is allowed to begin practicing or playing again.

For more about the 6-step, exercise-limited, program experts recommend that an athlete complete before a full return to play (and that at least one state (California) now mandates be completed before return to play, click here.

The use of these symptom scales has yet to be adequately studied in the grade-school athlete.  Because athletes below age 13 report symptoms different from adults, and a clinical evaluation by the health care professional should include input not only from the athlete but from parents, and possibly teachers and school personnel, [1] the Zurich concussion conference resulted in the issuance of a new Child SCAT3 [12] for use in assessing concussion for children aged 5-12 years, which includes symptom scales to be completed by the child and their parent:

As with the other symptoms scales, however, the child- and parent-symptom scales have not yet been the subject of large scale, controlled studies to establish their effectiveness in identifying young athletes with concussion.

Symptom scales by themselves do not diagnose whether a concussion has occurred; rather, they provide information that can help a health care professional in making an overal diagnosis, in gauging injury severity, in assessing recovery, and in making the all-important return-to-play determination, although because of the unreliability of athletes’ reports of being symptom-free [14] and a “good old days bias” [19] (the normal human tendency to selectively remember being healthier in the past and to fail to remember having health problems, which, in the context of mTBI, could play a role in the perceived persistence of post-concussion symptomatology by minimizing the likelihood that such symptoms existed prior to the injury and attributing the current symptoms directly to the injury) they are only one factor. [2]

As the authors of a 2013 study [2] noted, “[a]lthough concerns are routinely expressed about athletes under-reporting concussion or the resulting symptoms,” [15] their “review suggests that symptom assessment remains a critical component of concussion assessment. … In sum, the literature clearly supports the continued use of symptom scales in the assessment of concussed athletes, ideally in combination with other functional [(e.g. neurocognitive, balance)] tests.”

Another 2013 study [19] while saying that symptom scales “remain the gold standard for determining outcome” after mild traumatic brain injury, noted that they “remain one of the very few scales without good normative data comparisons,” and called for the development of such data and reliable change indices for symptom scales to overcome the “good old days” bias.