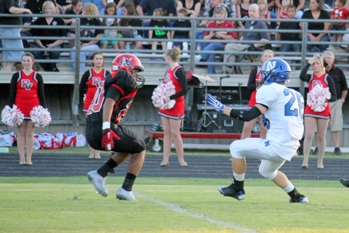 According to a number of recent studies [1,2,5,13,18], while the culture of sport (including influences from professional and other athletes), as well as the media and other outside sources play a role in the decision of student-athletes to report experiencing concussion symptoms, it is coaches and teammates, along with parents, who have the strongest influence on the decision to report a concussion during sport participation, with coaches being one of the primary barriers to increased self-reporting by athletes of concussive symptoms.

What studies find and anecdotal evidence suggest is that, while there are many coaches who take concussions very seriously and encourage athletes to honestly self-report experiencing concussion symptoms, there are still far too many in North America, from youth football, hockey, soccer, lacrosse or basketball to the professional level, who:

A 2012 study of Canadian college hockey players [2] found that many coaches downplayed symptoms in an effort to get an athlete back into action, ignored the team physician’s concussion diagnosis and recommendation that a player sit out, resisted treatment of suspected concussion, and even intimidated physician observers.

The problem, as Paul S. Echlin, M.D. of the Elliott Sports Medicine Clinic in Burlington, Ontario, Canada and author of the Canadian study, points out, is that the “young athlete is often caught between competing demands of the adults around them” and “sometimes make decisions based on the adult whom they perceive to have the most influence on their success, and also whom they wish most to please for a variety of reasons.” In many cases, the coach is that adult.

Echlin’s comments are echoed in the findings of a 2013 quantitative study focusing on what drives the attitudes of high school athletes [1] towards reporting concussions (“attitude study”), which found that coaches and teammates are the strongest influences on an athlete’s intention to report concussion.  Although the study did not survey parents, the student-athletes surveyed “indicated that what their parents thought about reporting was an important social factor when deciding to report concussive symptoms”).

Like the Canadian study, the attitude study by researchers at WakeMed Health and Hospitals, Raleigh, NC, the University of North Carolina at Chapel Hill, and A.T. Still University in Mesa, Arizona found that “the motivations and aspirations of coaches, parents, and teammates often compete as athletes value each of these groups’ opinions.”

The reality is “there are still coaches and parents who have an old-school mentality regarding concussions. Pressure to play needs to be taken off kids in order for them to feel comfortable reporting their signs and symptoms of a possible concussion,” says Tamara Valovich McLeod, , PhD, ATC, FNATA, Professor in the Athletic Training Program and Directors of the Interdisciplinary Research Laboratory and Athletic Training Practice-Based Research Network in the Department of Interdisciplinary Health Sciences at A.T. Still University in Mesa, Arizona, co-author of the attitude study, and lead author of an earlier study [3] on attitudes on concussions among high school students.

The findings by Register-Mihalik, Valovich McLeod and their colleagues also echo the findings of a 2013 qualitative study of high school athletes in Washington State [13] reporting that coaches play a “pivotal role” in determining whether athletes reported concussive symptoms.  Regardless of sport or gender, many athletes, found researchers from Seattle Children’s Hospital and the University of Washington, “felt that they were expected to play injured. Unless the coach made it clear that an athlete needed to report symptoms of concussion, it was perceived to be unacceptable to come out because of a ‘headache’ or ‘dizziness’ [because] athletes did not want to be wrong about being concussed and suffer negative consequences” such as being punished by the coach for reporting concussive symptoms “by removing them from a starting position, reducing their future playing time, or inferring that reporting concussive symptoms made them ‘weak.'”

Most recently, a 2014 study [18] found that the attitudes and behaviors of coaches of university-level teams in Canada may have discouraged athletes from reporting concussion symptoms at the time of injury, with a third of athletes admitting to have suffered a concussion saying that they did not reveal their symptoms out of fear that being diagnosed with a concussion would affect their standing with their current team or future teams and nearly one-fifth because they feared such a diagnosis would result in negative repercussions from the coach or coaching staff.