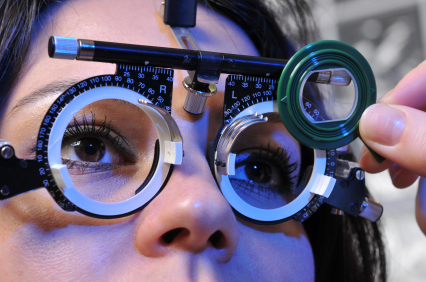 A comprehensive vision assessment should be part of return-to-learn protocols to help determine when children are ready to return to the classroom following concussions — particularly in children reporting academic difficulty, says a new study. (1)

Evaluating the records of 276 children ages 5 to 18 with three or more post-concussive symptoms lasting 10 days or longer, researchers at the University of Alabama at Birmingham found that three in ten experienced academic difficulties.  Nearly half (46%) had vision abnormalities which, along with hearing disturbance and concentration difficulty, were linked with learning problems.  For those with symptoms lasting 30 days or more after concussion, only vision and concentration difficulties remained statistically significant.

“As we continue to try to improve concussion protocols, specifically when it comes to children, it is important that we understand the effects of a concussion on a child’s ability to learn,” said lead author, Mark Swanson, an associate professor in the UAB School of Optometry. “Concussed children with vision symptoms, hearing disturbances and difficulty concentrating often have academic difficulty post-concussion.”

“Moving forward, physicians treating concussed patients should consider the damage done to the brain, specifically the vestibular and oculomotor functions and how long this will affect a child’s progression and learning,” Swanson said.

“Vision often gets overlooked as a condition that needs checking after concussion, and rehabilitation should be prescribed when appropriate,” Swanson said. “Through our continued research, we suggest that vision care providers should take a greater role in the assessment of children post-concussion and their readiness to return-to-learn.”

“In order to develop policies around return-to-learn, we need to understand the symptoms associated with academic difficulty,” Swanson said. “In Alabama, it is mandated that children with a suspected concussion occurring during practice or a game be removed from play and evaluated by a physician before returning to play. Now, we look to policymakers to further develop these guidelines to protect a child’s brain when it comes to returning to the classroom and using their brain to learn.”

Studies show that traumatic brain injuries can cause difficulties with near focus and the ability to coordinate eye movements, which can lead to blurred vision and discomfort. Because these problems are related to near vision, distance visual acuity testing conducted during a standard eye test may not show problems occurring with deskwork.

“Many symptoms of brain injury come from the visual system, which is connected to every part of the brain,” said Michael Twa, associate dean for research and graduate studies in the UAB Department of Optometry and Vision Sciences.  UAB researchers, he said, are currently “looking at the interplay of eye movements, balance and the inner ear as a way to identify the earliest symptoms of brain injury,” and trying to identify objective visual biomarkers of TBI through vestibular and oculomotor reaction in order to better diagnose concussion, especially for children who cannot easily communicate their problems.